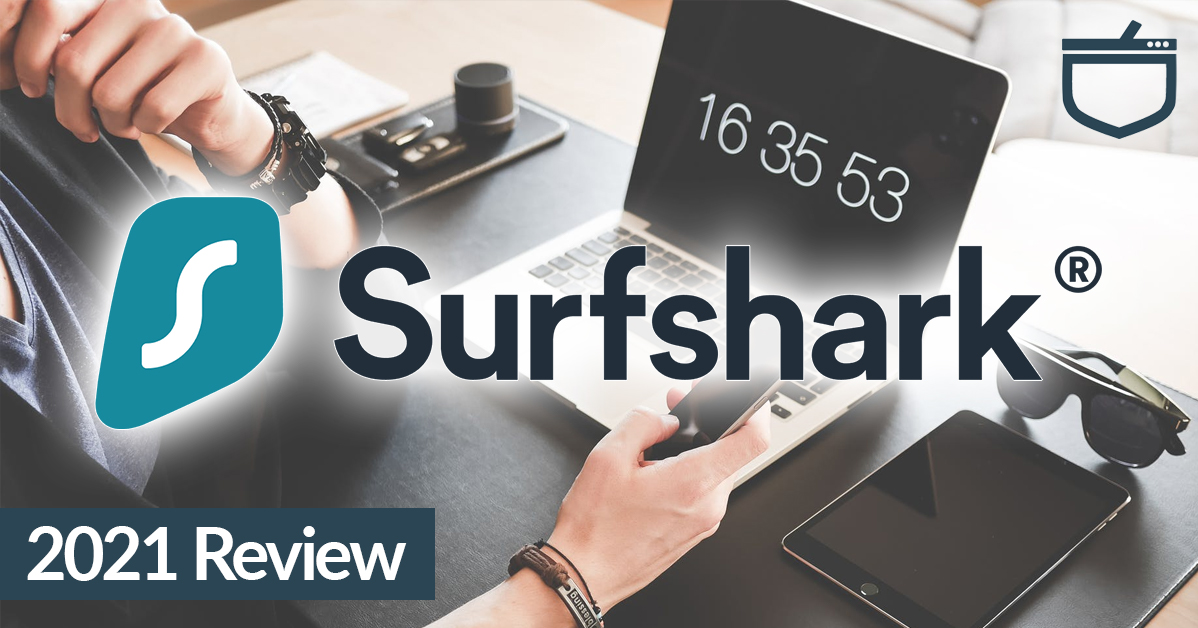 Surfshark VPN has quickly gained popularity around the world since being released. It has been featured in CNET Forbes and is considered to be one of the best VPN services of 2021. Though the virtual private network has a smaller network than other, more established VPNs, it makes it up by offering a number of top-notch features. Surfshark VPN includes protective anti-malware, private tracking-blocking, and ad-blocking with their plans.

If you do not like Chrome and work on Firefox, then Surfshark is for you. The VPN provider offers an extension for both these widely-used Internet browsers. Both these extensions are also audited for privacy by Cure 53 so, you could watch Netflix and BBC with complete security.

Another important feature of this VPN is NoBorders mode. This allows a user to successfully use their service in more restrictive regions.

Surfshark is an award-winning VPN that was launched in 2018. It is designed to provide a safe and private browsing experience from anywhere in the world. It is brought to the world by a company located in the British Virgin Islands. Relatively new yet one of the most effective, this VPN service has rapidly acquired 1040+ servers in over 160 locations in 64 countries.

While not much is known of its origin, the VPN has managed to earn the trust of millions of users with its strict no-logging policy and P2P-friendly servers. Every server has unique DNS that double ensures the privacy and protects your online identity as well. The VPN is also engineered to keep your device, data, and online accounts safe from hackers on public Wi-Fi’s too.

In addition to being an efficient Netflix proxy, this VPN also allows torrenting and streaming.

You can get and download Surfshark VPN at a very moderate price, thanks to its three-tier pricing plan. Plus, the VPN software also ensures that every penny spent is worth it by providing a range of features.

Surfshark VPN offers three different billing options – monthly, six months, and 24 months. The pricing starts at the highest cost of $12.95 when paid for just one month. However, it gets discounted by 50% if you pay annually and you’ll save 80% on a 24 month term. All terms are paid upfront.

While checking out, the VPN offers an extra privacy service for $0.99. This is meant to keep your browsing protected even when the VPN is deactivated. The two main features of this service are HackLock and BlindSearch. HackLock keeps your mail protected, while the BlindSearch lets you browse the Internet without getting logged.

This means that you won’t have to worry about losing money if Surfshark isn’t a good fit for you. You can confidently pay for a subscription, try it out, and ask for a refund in case the Surfshark fails to meet your needs.

Surfshark accepts a wide variety of payment methods including:

What makes Surfshark VPN a popular option is its long list of features that come at a low price of $2.49/mo. The most important ones are the straightforward interface, private connections, and multiplatform compatibility.

The VPN has a clean interface that does not require you to be a skilled techie. One look at its screen, search bar, and menu and you will know how to use it.

The Locations menu offers four types of connections – physical servers, virtual servers, P2P servers, and double-hop VPN. Each server has a quick-connect option that links you to the fastest server in your country or a server from a neighboring country.

If you want to connect to a country with poor physical infrastructure, then the virtual server is your ideal option.

Next in line come the options P2P and double-hop servers. Both obfuscate your actual locations. Surfshark calls its double-hop feature MultiHop because it maximizes your online privacy with 13 predetermined double-hops.

In addition to getting you AES-256-GCM, RSA-2048, and Perfect Forward Secrecy encryptions, Surfshark also has its own 007 move known as NoBorders Mode. It opens the entire Internet for you by breaking geo-restrictions and getting access to blocked websites. While bypassing the restricted, it cleverly hides your IP and online identity, even from your Internet Service Provider. A+ for the sneak!

Another feature called Whitelister allows your chosen apps and websites to bypass the VPN, such as mobile banking apps to protect them from cyber-attacks.

Surfshark Chrome and Surfshark Firefox extensions make it easy to access VPN from most Android and Windows devices. The VPN also has dedicated apps for macOS, Linux, Windows, Smart TVs, Xbox, and PlayStation. Plus, unlike other famous VPNs, this one does not restrict the number of devices you can use it on.

When it comes to Surfshark’s customer support, they offer 24/7 live chat which is something lacking by others in the industry. Their website also contains a massive knowledge base which includes FAQs, tutorials, general information, and even billing-related answers.

With state-of-art features, such as NoBorders mode, a sprawling worldwide network of servers, and Cure53-audited extensions, Surfshark is an excellent VPN service. Surfshark’s low pricing makes it available for everyone. Its 30-day refund policy and 7-day app trials further assure money security. Upfront payments become easy to make with all-inclusive options ranging from credit cards to UPI and cryptocurrency. Easy-to-use, the VPN can be accessed on unlimited devices!

With comprehensive features, excellent pricing, and reliable customer support, Surfshark VPN remains relevant in 2021 and is one of the top recommended providers.

Disclaimer: We receive compensation from the companies featured on our website. We are independently owned and the opinions expressed are our own.