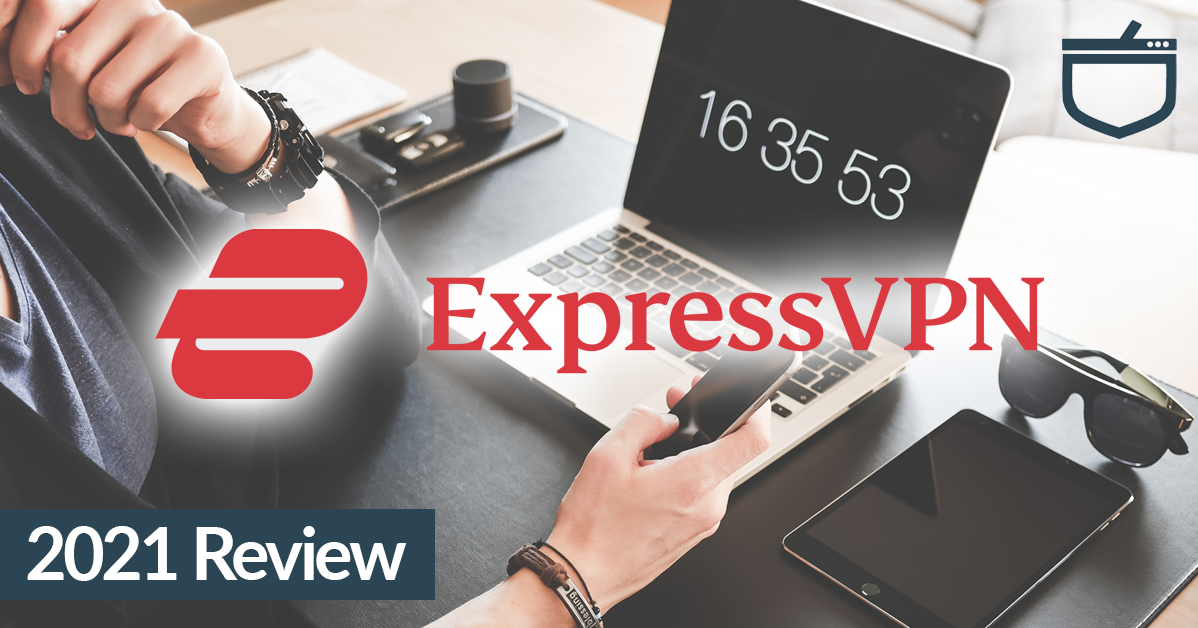 Disclosure: We receive compensation when you click certain links on our website. We donate a percentage of our earnings to support business & technology education. Thanks for helping us!

ExpressVPN is one of the most popular VPNs in the world. Millions of people use this VPN service. Despite its higher price point, it offers strong security and privacy. It has received praises from a number of well-known publications including Forbes, TechRadar, and CNET. ExpressVPN is based out of the British Virgin Islands.

There is an app for Android, iOS, macOS, Windows, Linux, and Router. Browser extensions are also available for Chrome and Firefox. The VPN also allows connections on other devices like smart TVs and gaming consoles.

ExpressVPN was launched by the namesake company in the British Virgin Islands in 2009. The software is considered to be one of the best VPN services and continues to be marketed as a reliable privacy and security tool that masks the user IP and encrypts their web traffic, too. Adding another layer of security blanket is the their strict no-logging policy.

For the past few years, the ExpressVPN has been named the Editor’s Choice by two famous critics, TechRadar and Comparitech. The trend continues in 2021.

The server park of ExpressVPN consists of over 3,000 servers in 164 locations and 94 countries. By default, all connections use OpenVPN as their default protocol but there are options to connect over UDP, TCP, L2TP, and PPTP.

Having so many servers benefits the speed of the VPN. But is that enough to pay the slightly higher price? Let’s find out…

ExpressVPN has worked hard to make the Internet more accessible and private. It was rewarded when the users voted it the Best Overall VPN and Fastest VPN awards in 2018. ExpressVPN also impressed the judges for the T3’s Best VPN Award 2019 with its massive server park. Other awards achievements by the VPN include being the ProPrivacy Editor’s Choice and People’s Choice winner.

It’s important to consider pricing and features to determine if ExpressVPN is worth the money.

Pricing is not the strongest suit of ExpressVPN. With the lack of a long-term plan, ExpressVPN is unable to offer a tempting discount like Surfshark.

The 12-month plan is the least expensive subscription that costs $8.32 per month. The most expensive option is the monthly plan at $12.95 per month.

ExpressVPN offers a full 30-day money back guarantee. This should be reassuring to users on the fence about paying their premium price.

With their money back guarantee, you’re able to try ExpressVPN without losing a penny if it doesn’t work out for you. They will offer a 100% refund upon request. Simply contact customer support.

The following payment methods are available as of March 2021:

The main reason behind the success of ExpressVPN is its wide-ranging server park and best-in-class encryption. From streaming Netflix, accessing BBC, Bitcoin support, and P2P torrenting, the VPN meets all necessary ends for anonymity and Internet unblocking.

With 3,000+ servers across 164 locations in 94 countries, your device is never too far from one of their servers. On average, you’ll only see a 2% speed drop when using their service. Not bad!

When it came to a face off between ExpressVPN and Surfshark, multiple tests show ExpressVPN offers the fastest speed. Surfshark is more affordable, however. Check out our Surfshark review to compare.

It is clear that ExpressVPN is one of the fastest Virtual Private Networks in the industry.

Unlike other VPNs touting a “no-logging policy,” Express promises zero logs. It notifies of its intentions of “never sharing your details with anyone”. It also doesn’t force you to go through the entire technical jargon of Terms & Conditions. Their zero log policy is clearly explained on their website.

Another perk comes from where ExpressVPN is incorporated as a company. British Virgin Islands is not a part of the 14 Eyes agreement. Despite the prefix, the BVI regulates its own affairs, meaning neither the US nor UK can compel them to release data.

To add another layer of security, ExpressVPN also uses an audited backend system and its TrustedServer technology to adhere to its own privacy policies.

A VPN is not a simple software and can glitch occasionally, if not frequently. This can lead to a lot of problems and frustration. ExpressVPN offers 24/7 customer service with support via email and live chat to help deal with such problems.

They also have a comprehensive knowledge-base that provides self help for popular support topics, troubleshooting, and instructions.

ExpressVPN is available on all sorts of devices. From desktop to game consoles, you’ll be able to use their service.

In fact, here are all of the ways you can use their service:

With a more transparent and honest no-logging policy, Express VPN leads the industry with over 3,000 servers worldwide. We like their all-inclusive billing options which include cryptocurrency and Paymentwall. The risk-free 30-day money-back guarantee helps alleviate concerns with their higher pricing.

ExpressVPN is a well rounded solution for all kinds of professional and non-technical uses, including streaming Netflix and accessing Torrents securely. The only downside is that it can be more expensive than other providers.